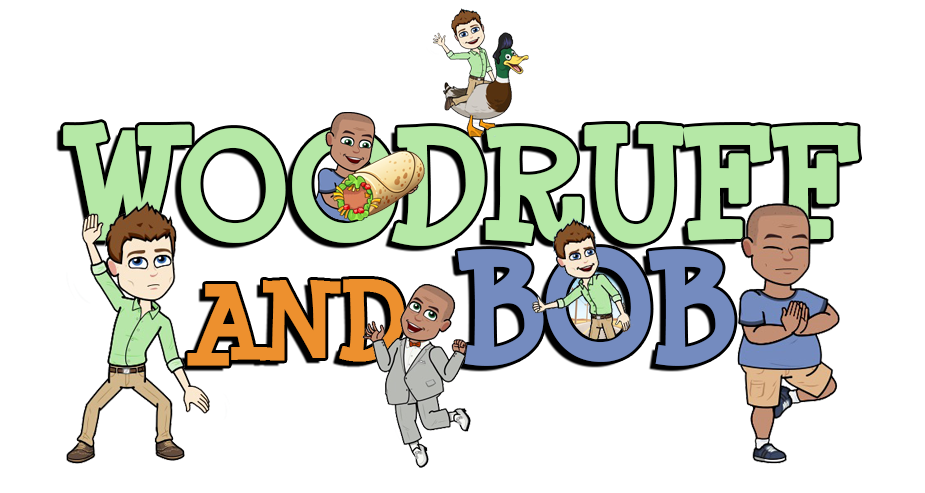 A Wob by the Tail

“If you sat on a voodoo doll of yourself, would you be able to stand back up?” Woodruff asked.

“Think about it,” Woodruff said.  “You’d be stuck there forever.”

“I’d totally come and push you off of it.”

“That’s if you’re not stuck on top of your own voodoo doll.”

They stepped onto a broad wooden bridge that stretched across a large moat.  On the far side of the bridge were several ticketing booths, with a gated entrance beyond.  Bob ran his hand along the metal railing and looked over the edge, down at the giant coy fish swimming in the moat and the ducks congregated on top of the green water.  Woodruff stayed near the center of the bridge and shuffled alongside of Bob, as he counted the bolts that bound the planks to the frame.

“There they are,” Bob said, as he pointed down to the banks of the moat.  “You ready for this?”

“There are two types of people in this world,” Woodruff said.  “Those who cut the tags off blue jeans before they even try them on, and those who use changing rooms.  Half the pants I own don’t even fit, so yeah, I’m ready.”

“This is really your biggest fear?” Bob said.

“Bob, these are the most fearsome creatures to ever walk the earth,” Woodruff said.  “They’ve outlasted the dinosaur.  They can live anywhere from the depth of the ocean to the harsh Saharan desert.  They have vice-like beaks with legs like an elephant and talons like a hawk.  They can retract their skull into their rock hard exterior.  If they had wings, no place on this planet would be safe.”

“They’d be the top of the food chain,” Woodruff said, pantomiming a flapping motion.

“That’s what they want you to think,” Woodruff said.  “Just look into their black calculating eyes.”

“So what’re you gonna do, wrestle it?” Bob asked.

“I’m going to stare straight into the flat face of death,” Woodruff said.  “I’m going to stand directly in harm’s way and show that monster what I’m made of.  I’m going to stretch forth my unwavering hand and place it at the peak of peril and laugh at the reaper.”

Woodruff drew in a deep breath and hopped over the railing.  He made his way tenuously down the steep slope toward the muddy bank of the moat.  Bob watched from above as Woodruff approached what looked like a tire sized rock.

“Turn and face me,” Woodruff said to the dark mound that hugged the shoreline.  “Your reign of terror ends today.”

The large dome moved and Woodruff fell backwards into the reeds and mud.

The giant turtle slowly rotated around in Woodruff’s direction.

“Quick, touch it,” Bob yelled down from the bridge.

Bob jumped over the rail and tumbled down the slope toward Woodruff and the turtle.  By the time he reached the murky waters of the moat, the terrifying tortoise had almost finished turning itself toward Woodruff.

“Tell Thelma she was right,” Woodruff cried.  “Those cream cheese and chive Hot Pockets were a mistake.”

Bob trudged through the ankle deep mud as the turtle took its first step toward the fallen Woodruff.

“Merciful Morla!” Woodruff yelped.  “This is the end.”

“Get up,” Bob said, as he reached down and pulled Woodruff to his feet.  “Now, do what you came here to do.”

The turtle extended its long neck from its shell and looked up at Woodruff.  He closed his eyes tight and reached out his long arm.  When his hand was directly over the turtle’s back, Bob pushed down on his arm and Woodruff’s fingers touched the cold hard dome.

“You faced your fear,” Bob smiled.

“Now let’s get out of here before its web-footed minions come for us,” Woodruff said.

“Are you talking about the ducks?”

“And the frogs too.”

They raced along the muddy banks away from the lethargic leviathan.  Just around the bend they came to a thick chain link fence that stretched out over the moat.  Woodruff squeezed through a small gap between the fence and the trunk of a massive mesquite tree.  After several minutes of struggling and failing to get around or over the fence, Bob fell into the murky moat and swam under it.

“That water looks nasty,” Woodruff said as Bob crawled out of the moat to join him on the other side of the fence.

They followed the water down a deep canal, banked on both sides but a concrete wall.

“Give me a boost,” Woodruff said.  Bob lifted him over the concrete wall into a meticulously landscaped island.  They were hemmed in by the canal on one side and a 20-foot high fence on the other.  Woodruff reached back down and helped Bob up onto the grassy lawn in the corner of the island.

“Sir, sir,” a woman called from behind the higher concrete wall on the opposite side of the canal.  “Suriya appears to be in distress.”

“She called you sir,” Bob chuckled.

“Please, come quick,” the woman said.  Woodruff and Bob jogged in parallel with the woman, from the other side of the wall, to the far end of the island.

A large orange and black striped cat lay on a bed of straw, with one leg high in the air.  The tiger turned to look at Woodruff with her golden eyes.

The woman from the other side of the wall joined a gathering of boys and girls, huddled together behind a thick pane of glass in a large observation area.  Bob waved at the children and gave them an enthusiastic thumbs-up.

“What’re we gonna do?” he asked Woodruff out of the side of his mouth, while smiling at the woman and children.  “Miss Bliss and her merry band of kindergartens, over there, are watching.”

“Nature’s gonna do her thing,” Woodruff said.  “We just gotta sit back and catch a kitten.”

There was a loud tap on the glass that startled Suriya, Woodruff and Bob.  A scrawny man in a khaki jumpsuit held onto a broom with one hand and shook a dustpan at them with the other.

“What are you doing in there?” he asked.

“I need 12 pickles,” Woodruff spoke loudly toward the scrawny zookeeper behind the glass.

“This tiger is about to give birth,” Woodruff said.  “I need 12 pickles and I need them now!”

The zookeeper dropped the broom and dustpan, and hurried off with a worried look on his face.

A small balloon-like bubble with a tiger cub inside slid onto the straw and Suriya began to lick her baby clean.

“Aw, look at that,” Bob said.  “It’s super gross and yet beautiful at the same time.  Like a librarian who wears her hair up in a bun.”

“Totally,” Woodruff agreed.  “What are we going to name him?”

“Another bubble baby is in the hay,” Bob pointed to a second little tiger cub, as Suriya went to work cleaning the new arrival with her long pink tongue.

“How can you tell?” Bob demanded.

Bob pulled out his cell and tapped the screen several times.  He put it to his ear and waited.

Woodruff knelt down next to Suriya and gently scratch her behind the ear.

“No, this isn’t a joke,” Bob continued talking to his phone.  “I’m really asking.”

“Good girl,” Woodruff whispered to the momma tiger.  “Don’t worry, those pickles are on the way.”

“Oh,” Bob said.  He lowered the phone from his ear and looked at the class in the observation room.  “Tigger should really be wearing pants.”