To err is human

In high school I was on the varsity football team. I don’t say I was a football player because that would imply something other than my unremarkably average athletic prowess. Matter of fact, my most memorable contribution to my teammate’s memories was from a hotly contested game about midway through my junior year. We were down by a touchdown and had the ball on our own twenty-seven yard line. It was third and three and we gave the ball to our tailback on a dive up the middle. He plowed ahead for a five yard gain as we converted the third down. The only problem was the yellow handkerchief that lay back on the white chalk just beyond left hash mark. The call was holding. Coach went ballistic and demanded to know who the perpetrator was. He yelled and waved his arms at the referees until at long last he got the attention he desired. In an effort to calm my coach and maintain some control of the game the ref stated with all certainty that the infraction had been committed by number 53. My coach’s adamant and passionate reply was, “53?! We don’t even have a 53!” I stood two feet behind my coach wearing a white and pristine jersey with the large green numbers five and three on it. Although I had yet to appear in the game, and most certainly did not hold anything other than a Gatorade bottle, I was not about to correct him at that moment and remind him that we did indeed have a 53. Instead I quietly faded back among my teammates and embraced the obscurity.

Now that I’ve written a book I hesitate to call myself an author for similar reasons. I am comfortable saying I’m on the team but an author implies a skill set that I have yet to fully realize. ‘Work in progress’ comes to mind when assessing my own writing prowess. Case in point, my wife is the first line editor on everything that I write. She has spent the better part of the past two years trying to teach me the difference between past and passed (did I get that right?). I’ll take a first pass on a chapter, post or short story and read over it two and even three times, cleaning it up and fixing mistakes and still she will find errors that I’ve missed. It’s maddening. I mean I have spell check, I have a college degree and have written professionally for nearly a decade and still I not only make grammatical and spelling errors but fail to spot them upon closer inspection. I recognize that editing is a different talent and skill set than writing and accept that it’s not something I can put on my resume but that doesn’t stop me from trying to improve my typographical horror shows.

As a blogger I took great comfort in leaning on my wife’s talent as an editor but also found it nearly unbearable each and every time she found a mistake. Working with the wonderful and talented editors employed by my publisher was the same. I was grateful they were there and happy for several other sets of eyes but each time they found an error I wanted to scream. After months and months of edits, sub-edits and rewrites the day arrived when The Land of Look Behind needed to go to the printers. I made one last frantic pass through the manuscript where I made forty one changes/additions/corrections and handed it off with a stamp of approval. Weeks passed (was that the correct passed? I still don’t know) and the advanced copies went out for review. In concert with that I posted the first chapter online to give readers a sample and the feedback was all good. Then I received an email from a concerned reviewer asking if she’d received a final copy because she had found multiple errors in the first chapter. I poured over my copy while I waited for her response on what errors she found. I finished the first ten pages and could not find anything amiss. She replied with what she found and sure enough there it was. I had used “waste” when I should have used “waist” and “of” when I meant to say “a”. I was mortified. I even went back and looked at my first (wife approved) draft and neither mistake was there. The err came in one of my attempts at cleaning up my story and none of us caught it. I couldn’t even find it on my own when given the targeted area. I felt like I was wearing that gleaming white jersey all over again and wished I could simply fade back into a throng of teammates and wait for time to expire. However, there is no hiding your shame in the world of publishing. So I had to come to terms with the fact that, despite my best efforts and the best efforts of several talented eyes, a less than perfect version of my story now exists. In the sleepless nights that followed I have researched this topic and tried to find ways to ease my mind. I’ve been told repeatedly by many friends and avid readers that these things happen and even found that I am in the company of many all-time great writers who were terrible spellers with atrocious grammar (Austen, Fitzgerald, Christie, and Hemingway to name a few). None of that dulled the pain or the reality of the tarnish that was now upon a story that I am immensely proud of. I considered just owning it and making it a game for the readers. “Hey kids, find all the errors in my book and you win a prize!” But that would take the focus off what I believe to be a truly entertaining and worthwhile story and I don’t want that. Instead I wrote this post.

To those of you who’ll read my book, I ask for your forgiveness for the flaws of a first time writer and echo the words of the great philosopher Joss Whedon, “Humans are odd. They think order and chaos are somehow opposites and try to control what won’t be. But there is grace in their failings. I think [we] miss that.” 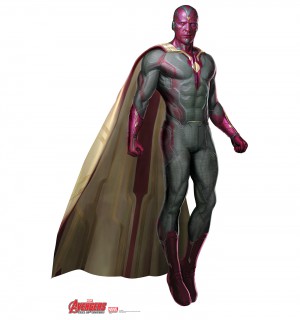 2 thoughts on “To err is human”